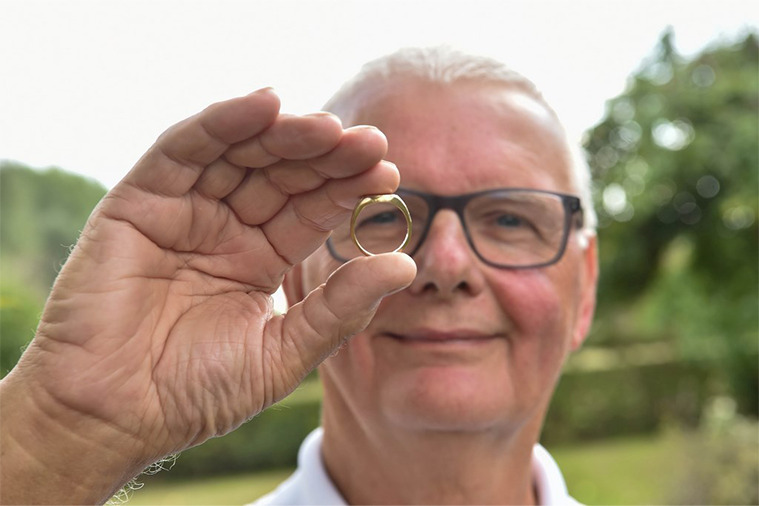 A man has been reunited with a ring he lost while picking fruit over 50 years ago. It was gifted by his late mother for his 21st birthday, but slipped off his finger as he picked strawberries in 1968.

He was picking strawberries in the field behind a friend’s father’s house to sell that morning when he suddenly realized the ring was no longer on his finger. He had received the 9 carat gold ring as a present just weeks before, but the fit wasn’t quite right.