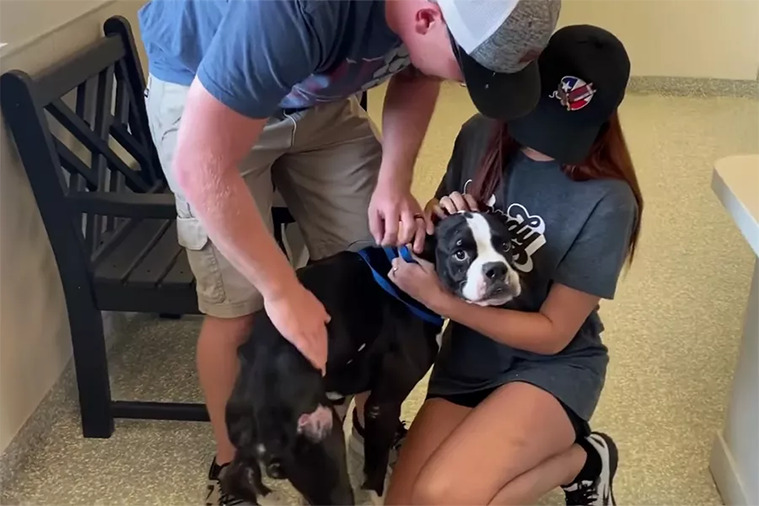 A family in Houston reunited with their pet dog who went missing nearly two years ago after the Houston SPCA found the canine and his microchip.

On Sept. 9, the Houston SPCA shared a video on Facebook of Cash, a black-and-white boxer dog, reuniting with his owners. The day before, the SPCA said in a press release that it found the dog lost and emaciated with an injured back leg in northeast Houston and brought the canine to the city’s Animal Medical Center.

Once Cash was safe, a veterinarian found a microchip registered to his owner, Jessica Ochoa, who told the SPCA Cash went missing from their yard roughly a year and a half ago, the SPCA said in its release.