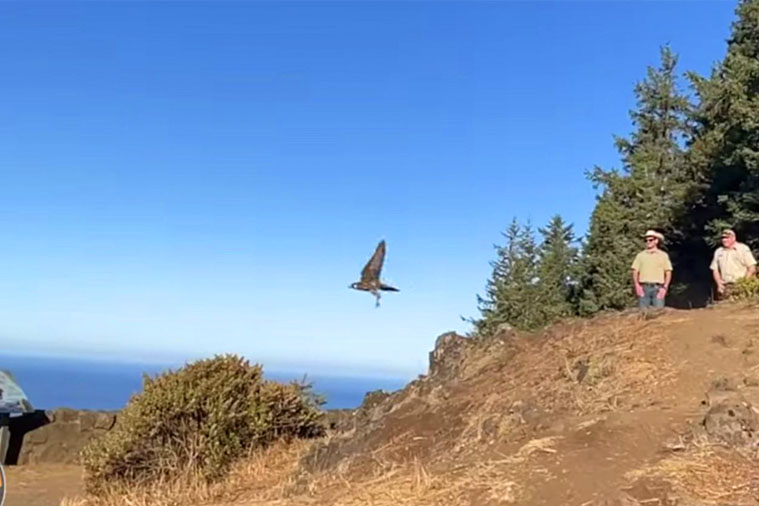 Today’s story comes from the Oregon coast, where a baby peregrine falcon that fell from its nest and was abandoned by her parents, has been rehabilitated and released back into the wild thanks to the care of a determined falconer, and some help from a drone. The struggle of the baby falcon was seen by thousands on a live stream of the falcon nest. She fell from the nest off a cliff and was presumed dead, but actually survived the fall, was discovered and brought to falconer dave cherry. The chick was still too young to fly on its own, but cherry knew that peregrine falcons are born with incredible hunting instincts. He started training the bird first by simply hanging prey from a string, eventually working up to using a drone to fly and simulate the kind of birds the falcon would need to hunt to survive. Cherry’s care and training worked, and ninety-one days after her fall, the falcon they named “lucky” flew off on her own into the clear blue Oregon sky.