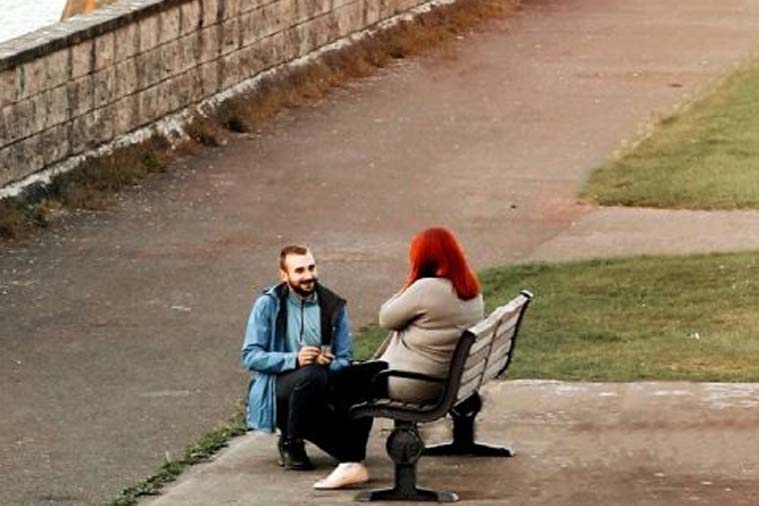 Today’s story comes from wales in the U.K., where photographer Rhian Goddard was casually taking photos of her dog, when in the distance she saw a young man on bended knee, ring in hand, asking his girlfriend to marry him. Rhian was able to take a romantic photo of the moment but was unable to get it to the couple, who didn’t know their picture was being taken. Rhian posted the image on social media and asked for help identifying the pair. The photo was shared thousands of times and finally made it to newlyweds daniel and Debbie, who couldn’t believe their proposal was captured and went viral. Rhian has now been invited to their engagement party and they asked her to be the official wedding photographer!