FEEL GOOD FRIDAYS: At age 70, Yankees fan gets to live out her dream of being a bat girl 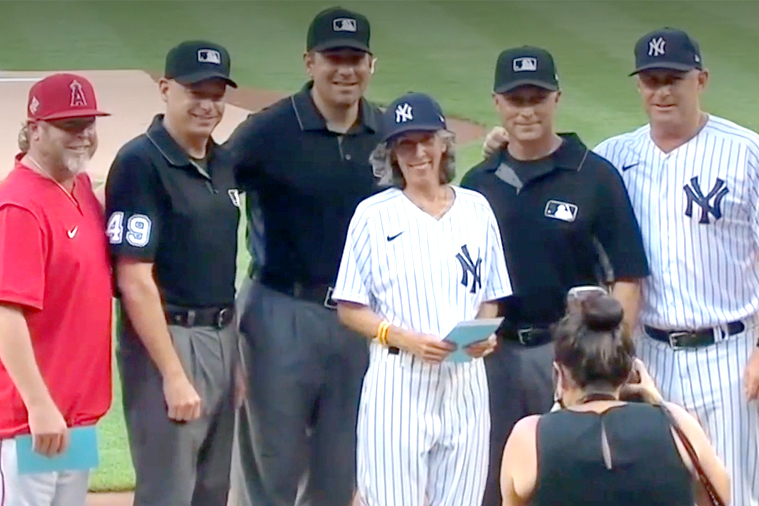 This week’s story comes from new york city, where 70-year-old lifelong Yankees fan Gwen Mcloughlin finally got to serve as a bat girl for the team, 60 years after originally being rejected. In 1961, young Gwen wrote a letter expressing her wish to be a Yankee batgirl but was rejected they the general manager at the time, who said “a young lady such as yourself would feel out of place in a dugout.” but after Gwen’s daughter forwarded the old letter to the team, current g.M. Brian Cushman invited Gwen to not only be an honorary bat girl but also throw out the first pitch. “you know when they say dreams come true? This is it,” said Gwen. What a home run! Feels good to have a happy ending to a story 60 years in the making.